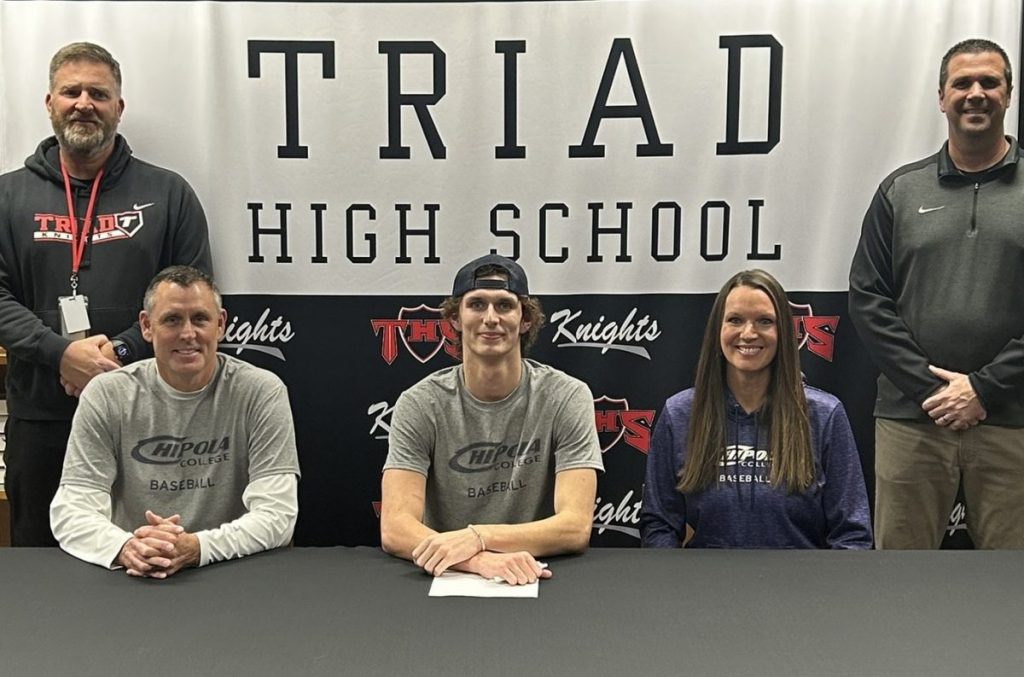 “I wanted to go to Florida, my parents are going there. There is higher quality baseball there too,” Brown spoke of his decision to sign with a school over 700 miles away.

The Chipola Indians compete in the Panhandle Conference and are members of the NJCAA. Other members of their league include Pensacola State, Northwest Florida State, Gulf Coast State and Tallahassee Community.

Brown spoke of the significance of reaching collegiate baseball, “It means that I get to continue working towards the major leagues.”

Chipola has found success sending baseball players to the next level in the past, with six alumni reaching Major League Baseball. This list features Jose Bautista, Russell Martin and Adam Duvall.

In his junior campaign with the Knights, Brown finished with a 9-1 record from the mound and racked up three complete games. The future Indian finished with a 0.5 ERA over his 12 appearances across the season and helped his team to a 33-6 and IHSA Super-Sectional appearance.

Chipola has been no stranger to success in recent history and finished their last season with a 41-14-1 record. The program finished 26-6 at home over that same course.

Brown, who is considering studies in business, gave thanks to, “Coaches Weber, Bugger, Hunt and my parents.”