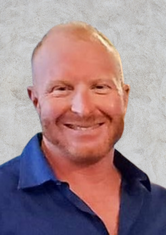 Just minutes after he was formally sworn in for the position on the Madison County Board he was elected to without opposition in November, Paul Nicolussi of Collinsville responded to the situation that has been going on for several months concerning its chairman.

Nicolussi, a Republican representing District 23 on the Madison County Board, came forth to share his feelings and thoughts at a special meeting it had held earlier this month which began with the seating of new members like him.

As background regarding what he addressed, the county board several months ago, by a majority but not unanimous vote, agreed to remove some of the powers of its chairman with those in support of this action directing criticism toward the current holder of that office, Kurt Prenzler.

As part of that legislation approved by the county board in July, the election by its members of a chairperson pro tem and vice chairperson pro tem came forth at the December 5 “reorganizational meeting” which included the swearing in of the new members such as Nicolussi.

He moved to postpone the pro tem position votes, however, saying he had received a lot of questions from constituents in his district about why the chairman’s powers had been reduced in mid-2022.

“I’m not here to rubber stamp” what the chairman does or wants, Nicolussi stated, but instead “to do the will of the voters of District 23.”

He further said, “If someone wants to do the chairman’s job, there’s an election coming up in 2024,” adding that a year from next month, it will be time to file for the primary coming up not long thereafter.

“If you would like to do his job, run against him,” Nicolussi added. “What’s more democratic than that?”

As Prenzler called for a roll call vote on Nicolussi’s postponement motion, board member Michael Babcock of Bethalto, also a Republican, repeatedly said he would like clarification on this issue from the state’s attorney who was also present.

Prenzler, however, ruled Babcock “out of order” because the roll call was already asked for, the chairman pointedly adding, “I’m presiding over this meeting.”

The motion by Nicolossi was defeated then nominations for the pro-tem and vice pro-tem positions took place without there being a sufficient number of votes for either of the names brought forward to have been approved.