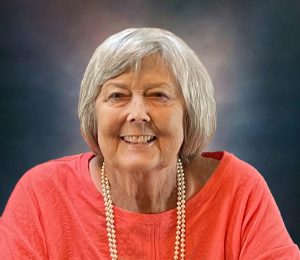 She was born on Tuesday, October 7, 1947, in East Saint Louis, IL, the daughter of  Joseph and Elizabeth (nee Bruening) Green.

She was a member of Saint Elizabeth Catholic Church, Marine, Illinois.

Lynn was born at E. St. Louis, IL; and graduated from Belleville High School, Belleville, IL.  After marriage they lived in England for two years and Oregon for two years, as Dennis served in the U.S. Air Force.  Then they lived in Belleville, Maryville and then built their home in Marine, IL, in 2006.  She worked for National Super Markets, until it closed in 1996.  She took classes learning Information Technology “IT”  at Vatterott Tech School, St. Louis, MO.  She then worked for Famous Barr (later Macy’s) Department Store, in the IT department, from 1998 to 2008.  She enjoyed traveling, camping, spending time with her grandchildren, watching their sporting events, and watching her sons and now her grandsons racing in stock car races.  She was also a St. Louis Cardinal Baseball fan.

She was preceded in death by: father Joseph Herman Green

Funeral Mass will be at 10:00 AM on Friday, January 6, 2023, at Saint Elizabeth Catholic Church in Marine, IL, with Rev. Fr. Paul Habing, Pastor, officiating.

Memorial contributions may be made to American Cancer Society or Donate Life America.