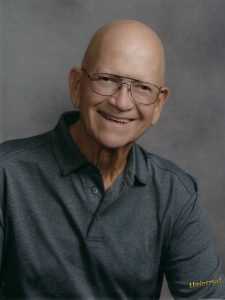 Walt grew up on a farm in Farina, IL, before moving to Edwardsville.  Walt graduated from SIUE where he earned both a business degree and an MBA.  While an undergraduate student, he was an active member of Alpha Phi Omega, and he was instrumental in bringing the first live cougar mascot, Chimega, to the University.  He took great pride in that accomplishment.  He helped to establish the cougar guard.  He also loved playing softball.

Walt ran a successful small business, A.F.I., for many years.  When not working, he spent his free time with his sons either coaching, timing at swim meets, holding office with the baseball booster club, or watching them play in their many sports.  Once he was a grandfather, his biggest joy was watching his three grandchildren participate in their many activities and sports.  His car was always packed for any sporting event and weather condition.  Through the years, he spent many hours in the stands or along the sidelines in his lawn chair.

Walt loved the water.  He enjoyed going to the Lake of the Ozarks and visiting Maui, Hawaii, with his family and dear friends.  He was a proud member of the SIUE Alumni Association, a 3rd Degree member of the Knights of Columbus Council 6625 for 47 years, and a member of Saints Peter and Paul Church in Collinsville.

He was preceded in death by his parents, Irwin and Cornelia (nee LePere) Parrill; his in-laws, Michael and Frances Kucinick; two brothers-in-law, Byron Fortney and Antony Everitt.

Memorials are suggested to Kahok Strong, Collinsville Food Pantry Tote-Me-Home Program, or the REACH Program and will be received at the visitation or can be mailed to Barry Wilson Funeral Home, 2800 N. Center Street, Maryville, IL 62062.  These programs benefit families in need in the Collinsville Area. Condolences may be expressed to the family at barrywilsonfuneralhome.com