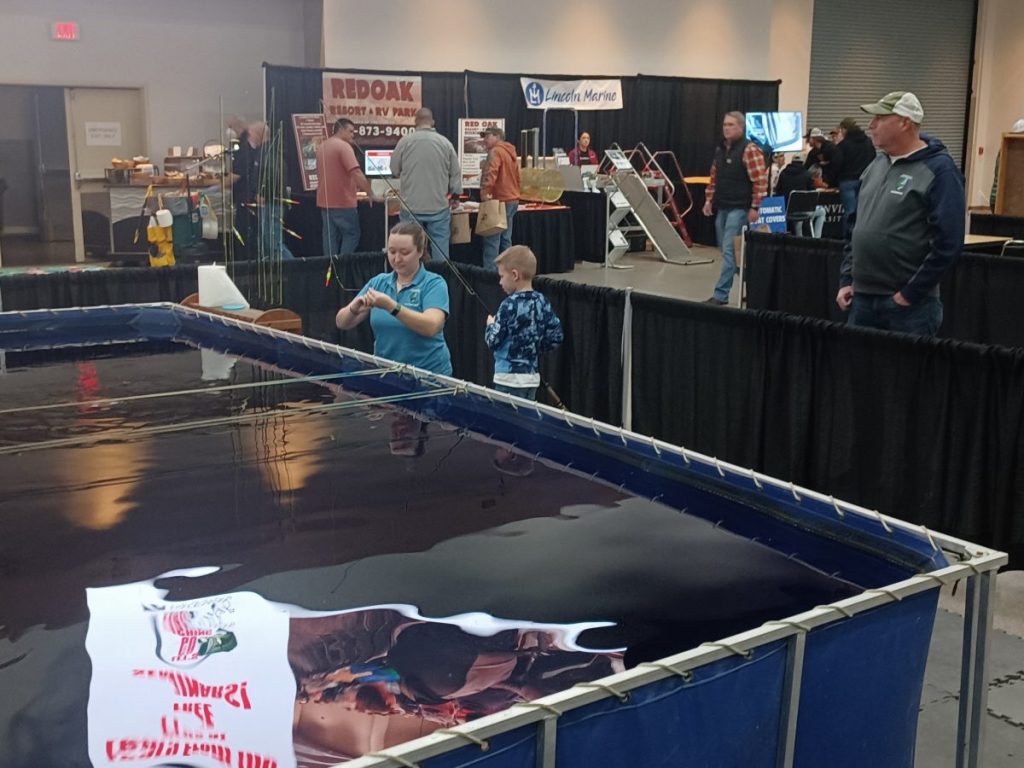 An Illinois Department of Natural Resources representative baits a young fisherman’s hook as he gets set to cast into the kiddie fishing pond, as Scott Isringhausen, IDNR Coordinator looks on. Photos by Devese “Dee” Ursery

Fishing enthusiasts Bishop Coleman and Bob White both have attended the Let’s Go Fishing Show at the Gateway Convention Center show for as long as it’s been happening, describing the event now in its 29th year as “a part of life.”

For Coleman, he enjoys being around boats and fishing equipment, as well as checking out the latest gear.

“I’ve been coming to the fishing show almost every year since they’ve been having it,” he told the Times-Tribune on Friday afternoon, the first day of the weekend-long event.

White added that the show is pretty good and that he hasn’t missed one in the last 20 years. He comes down specifically for the deals.

“Fishing is in my blood,” White said. “I’m 62-years-old and I’ve been fishing since I was eight; it’s just a part of life now.”

Jamie Lane, general manager of the Gateway Convention Center and producer of the fishing show, explained that the show was family-friendly and had plenty of stuff to do for the kids and adults.

“It’s meant for all ages and all skill levels of fishing and people, in general, that like the outdoors,” she said.

Lane said around 120 vendors showed up to show off and sell their wares to visitors of the fishing show. Bass Pro Shops, Boat Works, Canoe Canada Outfitters, Bait Cave Customs were just a few of the vendors that flood the convention center with goods every year. The event brings people in from all over.

“Vendors from 14 states and Canada showed up for the event,” Lane said. “They are fishing-focused, so it’s all fishing products and services. The event featured everything a fishing enthusiast could ever want.“

The event draws between 8,000 to 10,000 visitors a year through the course of three days and is a big event for the city of Collinsville, Lane said. Those patrons are sleeping at the hotels, eating at the restaurants and shopping at the stores in town, so the direct and indirect economic impact is huge.

The intent, according to Lane, is to bring fishing fanatics together to experience a great time of shopping, mingling and talking shop.

“We often call the show a fishing family reunion because it’s one of those things people enjoy coming to every year because it’s so much fun,” Lane said. “Whether you’re a first time visitor or a regular who comes every year, people continue to come back because it’s an enjoyable experience to be here.”

Wildlife conservationists like Treehouse Wildlife Center and organizations like the Illinois Department of Natural Resources were on site to educate and help promote the joys and wonders of wildlife.

Seth Filtz, representative for Treehouse spoke of the work that Treehouse does in regards to rescuing wildlife in danger. Maorga, a Peregrine Falcon, is one of the permanent residents and wildlife ambassadors of Treehouse. Maorga is a rescue that was found along the side of the road in October 2019 suffering from a wing injury that could not be repaired.

Now she serves as an education outreach ambassador. Wildlife education ambassadors are permanent residents and native rescues of Treehouse that have been injured in a way that prevents them from returning to the wild.

“It’s so exciting to see a youngster catch a fish for the very first time and see their eyes light up, it’s just totally awesome,” Isringhausen said. “I like to tell people, if we get kids hooked on fishing then maybe they’ll stay away from the less desirable things when they get older.” 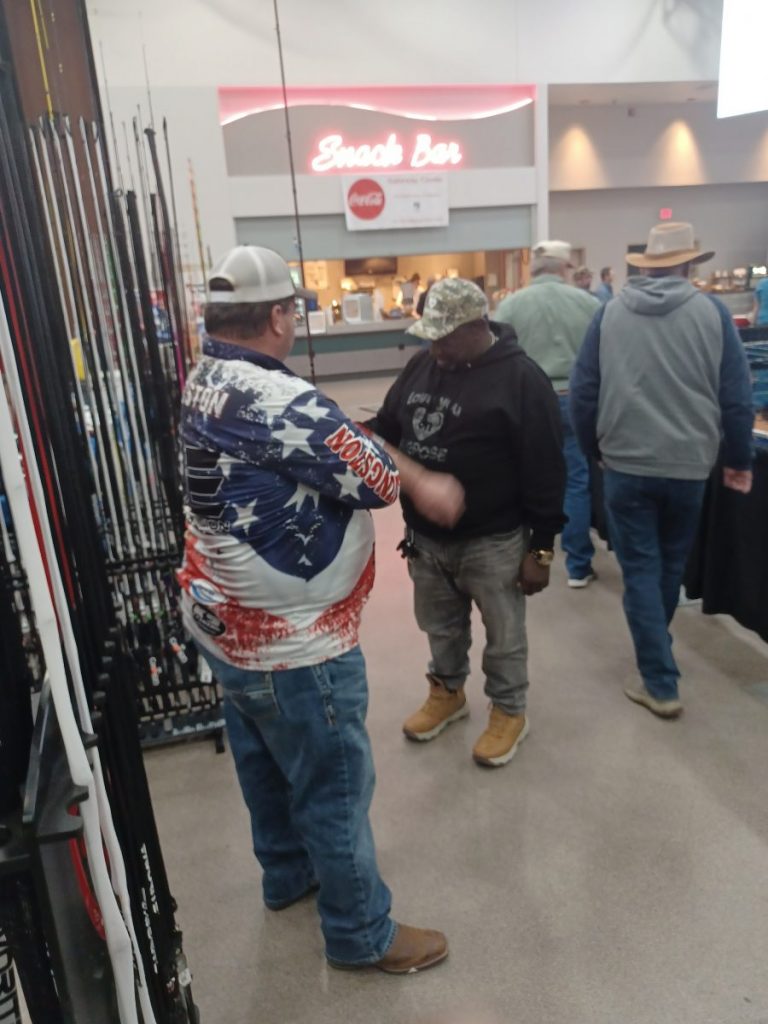 Bob White, a 20-year regular of the fishing show looks at some new rod and reels in search of a deal.