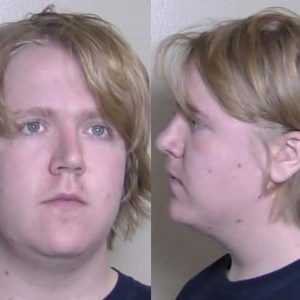 Spencer T. Hurley is charged with two counts of falsely making a terrorist threat and one count of disorderly conduct, according to a news release by State Attorney Tom Haine’s office.

Circuit Judge Amy Maher set bail at $150,000 with conditions Hurley be barred from the school and be placed on house arrest if released. He remained in Madison County Jail as of Friday afternoon.

State’s attorneys in the release stated the charges stem from threats made by Hurley on Tuesday, which included statements that he had a “detailed plan to conduct a shooting at Edwardsville High School. He also allegedly threatened he would use “a couple grenades” and a large amount of ammunition to cause mass casualties.

The disorderly conduct charge alleges Hurley transmitted the threats to a principal at the school, according to the release.

“Reports such as this are deeply concerning and troubling to us,” Haine said. “Violence in our schools is everyone’s nightmare. We are absolutely committed to making every effort to keep our children and our schools safe. That means our team acts with urgency and the utmost seriousness when we receive reports of possible violence.”

According to the release, Edwardsville Police received a tip about the threats Tuesday afternoon and began investigating immediately. Hurley was located soon after and taken into custody.

If convicted, he faces a sentence of 4-15 years in prison on each of the two counts of falsely making a terrorist threat and 1-3 years in prison for the disorderly conduct charge.

Haine in the release implored anyone who sees or hears something troubling to report it to law enforcement.

“Whether a troubling comment occurs in an online forum or on the parking lot, we rely on the community to report possible concerns regarding school safety to the attention of the authorities so appropriate action can be taken,” Haine said. “I commend those concerned citizens who did so in this case, and the Edwardsville Police Department and the staff of Edwardsville District 7 for their prompt and thorough action to ensure the safety of students and staff.”