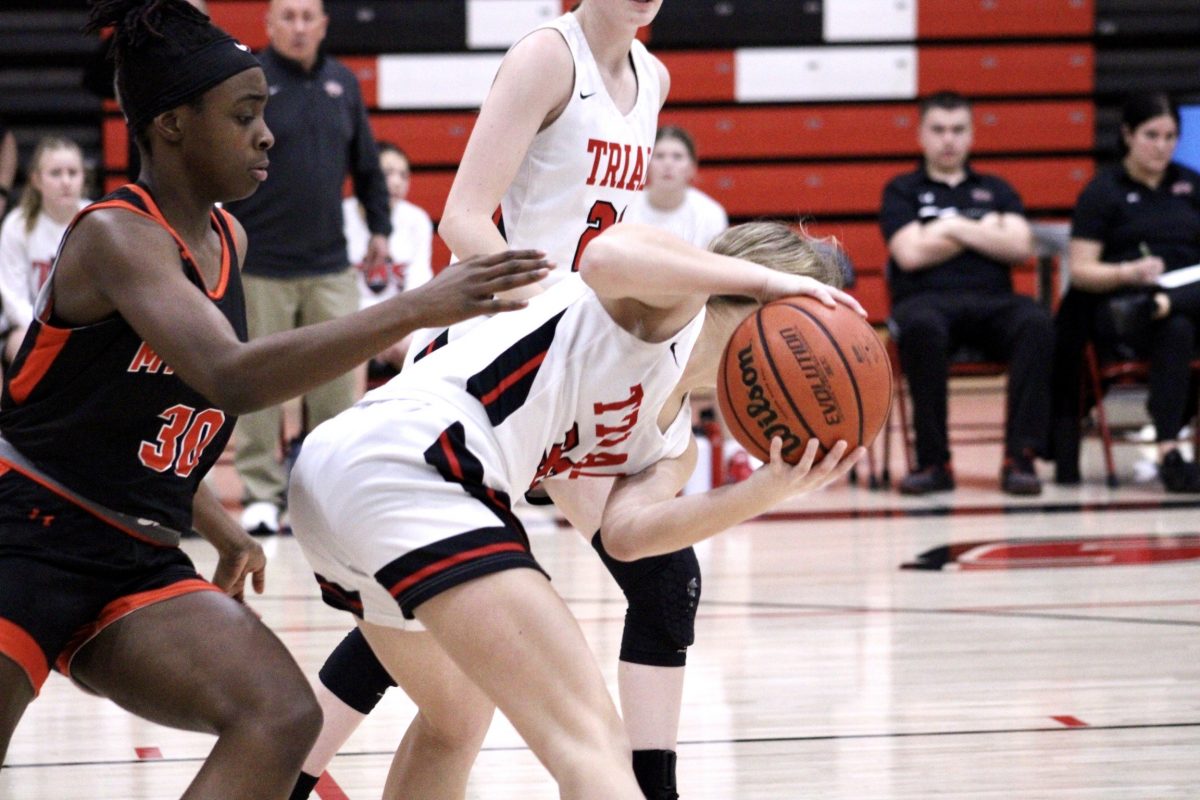 As part of the Highland tournament, Triad and Waterloo faced off for the third time this season on Jan. 16.

The two met in the first round of the consolation bracket, with the Lady Knight’s loss coming 56-19 to state-ranked Alton. Waterloo fell to 13-7 after an opening round loss to the Teutopolis Wooden Shoes.

In their Mississippi Valley contest, Waterloo had gotten off to a 2-0 start. Their first meeting went to the Bulldogs in 37-32 fashion after they overcame a 20-6 outsourcing in the first quarter.

Waterloo got off to a better start in their Jan. 12 meeting, going up 13-5 after the opening frame. The Bulldogs ultimately won that match in 44-27 fashion.

Their most recent meeting was the tightest yet.

A Delaney Hess putback and Sam Hartoin floater pushed Triad ahead 24-17 in the third, but the Bulldogs began a run of their own to tie the game at 24-24. Another 4-0 run, featuring buckets from Makenna Witham and Hartoin, gave the Lady Knights a 28-24 advantage.

Seven consecutive points went in favor of Waterloo to change the lead to 31-28 in their favor. Andie Green closed this gap at the end of the quarter after a quick steal and layup in the third frame’s final seconds.

Triad would tack on seven consecutive to leap ahead 37-33. Their lead would last until the final minutes of the action, when Waterloo’s Kristen Smith hit a game-tying three in the corner to force overtime at 40-40.

Waterloo took an early lead in the extra time, leading by as much as 45-41. Two Savannah Hildebrand buckets within thirty second more than erased this gap however, putting Triad ahead 46-45 with just over a minute to play.

Once again, it was Smith providing a clutch shot for the Bulldogs with a rebound and field goal to put her team ahead 47-46 in the final seconds. This tally proved final.