Born at Marine; she grew up on a farm north of Marine.  She graduated from Highland High School in 1944.  She was a secretary at the Madison County Auditor’s Office for seven years.  Mrs. Iberg raised her family and then worked as a secretary at Schantz and Sons for 18 years, retiring in 1988.  In 1988 – 1989, she attended SIU-E and took a course on appraisals.  She enjoyed playing golf, following the stock market, and wintering in North Padre Island, Texas, and Orange Beach, Alabama.  She was a devout Catholic, receiving all her sacraments at St. Elizabeth Catholic Church in Marine, Illinois. She enjoyed following her grandchildren’s activities.

She was preceded in death by her husband, who passed away February 11, 1999, Her parents, her son James M. Iberg, who died September 26, 1973 at age 22, her sister Bernadine H. Helmer, and Brothers Kenneth B. “Boots” Hess, Vincent P. Hess, and Russell D. Hess.

Funeral Mass will be at 10:00 AM on Tuesday, January 24, 2023, at Saint Elizabeth Catholic Church in Marine, IL, with Rev. Father Paul Habing, Pastor, officiating.

Interment will be at Sunset Hills Memorial Estate in Glen Carbon, IL.

Memorial contributions may be made to St. Elizabeth Church Maintenance Fund or Masses. 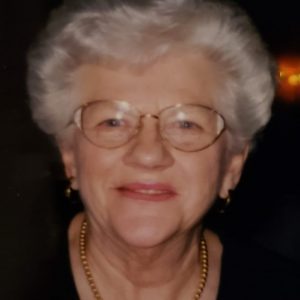