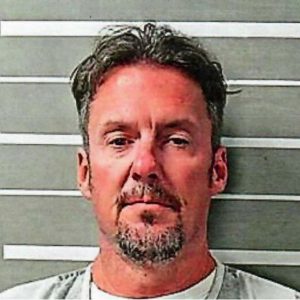 A man accused of killing a Troy businesswoman is facing a new charge after allegedly tampering with a jail security system.

Robert J. Tarr, 49, of Collinsville, is currently awaiting trial in the Montgomery County Jail on $2 million bond for the alleged killing of Leslie Reeves and serious injury of another victim in November 2021 in Farmersville.

In the newly filed case, Montgomery County State’s Attorneys on Jan. 3 charged Tarr with tampering with a security system. An information filed by prosecutors in that case states Tarr covered a jail security system with paper.

A court date for the new charge is set for March 15. On that date, he is also scheduled for a court appearance on the more serious charges. However, a trial date has still not been set now more than two years after his arrest.

Reeves was the owner of All You Studio and Party Place in Troy and also taught self-defense classes. She was dating Tarr prior to her death, according to past Times-Tribune reporting. On Thanksgiving 2021 she and the second victim were found shot, Reeves fatally.

The second victim was seriously injured and spent months in intensive care recovering.

Tarr’s case has seen several attorney changes and numerous motions since its filing, court records show. In the case charging him with murder, he has appeared at six pretrial hearings thus far, as well as three status hearings and two counsel status hearings.