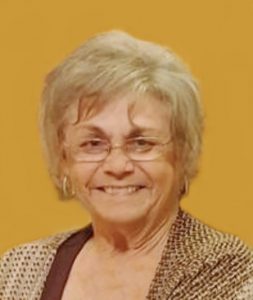 She was a former member of Business & Professional Women’s Club  and participated with 2 card clubs.

Dixie grew up in Troy, IL and graduated Triad High School in 1963.  She attended Stevens College in Columbia, MO.  She returned to Troy, then lived in Granite City, St. Charles, MO, and Highland, IL in 1970.  She started Picket Fence Child’s Clothing Store in 1975.  She was an avid crafter.  She was a talented painter and proficient with oils and water color, and very artistic.  She loved animals and always had a dog.  She and her husband started Highland Animal  Shelter.

Visitation was held on May 13 and 14 at Spengel-Boulanger Funeral Home in Highland.

Funeral services/mass were held on May 14 at the funeral home, with Rev. Leonard Pye officiating.

Internment was at Highland City Cemetery in Highland.

Memorial constributions may be made to the Highland Animal Shelter.

Spengel-Boulanger Funeral Home was in charge of arrangements.