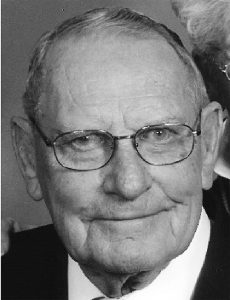 James George (Jim) Loyet, 88, of Glen Carbon, formerly of Collinsville, passed away on  December 5, 2019 after a long battle with Parkinson’s Disease.

Loyet was born April 20, 1931 in Collinsville. He attended Ss. Peter and Paul Parochial School, where he was an altar boy, and graduated in 1949 from Collinsville High School. He served in the US Navy from 1951 to 1954. During that time he was deployed in the far east. He worked at the Collinsville Post Office from 1958 to 1992. At other times he also worked in various capacities at the Cahokia Downs and Fairmont Parks racetracks.

Jim was a member of the Maryville Knights of Columbus, Veterans of Foreign Wars Post 5691, American Legion Post 365, and the National Association of Letter Carriers. He was an avid fisher, boater, and gun collector.

Loyet is survived by his wife of 60 years, Juanita (Meadows) Loyet, whom he married on May 9, 1959 at Saints Peter and Paul Catholic Church in Collinsville. He is survived by four of his five children: Kathrynn (Scott) Silverwood of Baltimore, Dianne (Charles) Ehlschlaeger of Mahomet, Kenneth (Ruth) Loyet of Collinsville, and Jeffrey (Jennifer) Loyet of Glen Carbon. Loyet is the grandfather of eight and the great-grandfather of two. He was preceded in death by his parents, Ben and Ella (Scully) Loyet and by his oldest son, James Andrew Loyet.

Visitation was held on Dec. 11 at Herbert A. Kassley Funeral Home in Collinsville, and on Dec. 12 at Saints Peter and Paul Catholic Church.

Funeral services were held on Dec. 12 at the church.

Interment with full military honors will be at Ss. Peter and Paul Catholic Cemetery in

In lieu of flowers, memorials may be sent to Saints Peter and Paul Catholic Cemetery.

Herbert A. Kassley Funeral Home in Collinsville was charge of arrangements.