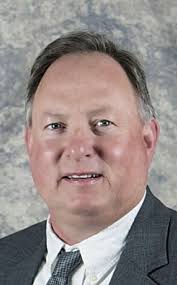 in mid-March to a temporary position as Special Administrator for the COVID-19 response team in Madison County. Prenzler said he selected Adler because of his 20+ years of experience with the Alton Mental Health Center and his good track record as a manager/administrator in county offices.

Adler work be working in a support role across departments, including emergency management, public health, and economic development. According to Prenzler, there is “no job description”, as the job is fluid.

One of the first things Adler did was start a Daily Update on March 29 on the website and social media of the total number of positive tests confirmed, deaths, total persons tested, pending tests, gender and age range for the cumulative cases up to that day.

Adler was most recently the Executive Director of the Metro East Sanitation District from 2017-2019. During that time he had all of the pumps brought back into working order and automated, eliminating nonessential jobs and bringing the budget back into the black after losing $70,000 a year. He was also a Madison County Board Member for 12 years.

Adler is receiving the same $94,000 yearly salary he received at the MESD.

Pre-trial proceedings for Collinsville man on hold in Montgomery County