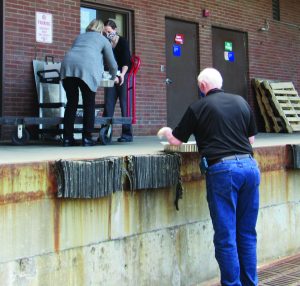 Kurt Mueller, owner of the auto body repair shop for over 37 years said he got the idea to have food delivered to all the employees on all three shifts after talking to Dawn Mushill, the Executive Director of the Troy/Maryville/St. Jacob/Marine Chamber of Commerce.

Mushill said businesses had been donating meals to sections of the hospital as a thank you for being on the front lines through the COVID-19 crisis, but the night shift had not received anything.

Since Mueller has had enough work to keep his business running, he decided to purchase meals from three locally-owned restaurants that are fellow Chamber of Commerce members that he frequented and bakery treats for everyone.

250 first shift employees were treated to pasta and garlic bread from B.S. Boogies. Alfonzo’s Restaurant catered pasta and salad to the 150 2nd shift employees. Because the food service workers are not on staff for the night shift, boxed sandwich meals were provided by Conways Catering.

Sweet Grandma’s Silly Creations donated 100 frosted sugar cookies with Thank you written on them and Carstar bought the other 400 for each employee. Employees also received a coupon for each restaurant good through the end of the year. The cookies were selected because they are individually wrapped.

Mueller said he has a strong respect for the staff at Anderson Hospital, especially since his mom was a “frequent flyer” there for the last year of her life and everyone took good care of her.

A major theme in Mueller’s business and life is integrity. He referenced a sign in his shop that says “We do the right thing because it’s the right thing to do”. Mueller explained “If you put a good sign up but don’t practice what you preach you are a hypocrite”.

Carstar has also contributed to the community through fundraisers for Make A Wish that raised over $120,000 over the course of 10 years and now raises funds for Kelsie’s Hope Foundation with a special courtesy car that can be used during repairs for a donation to the foundation. 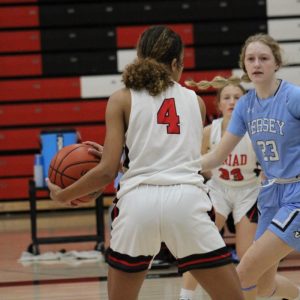 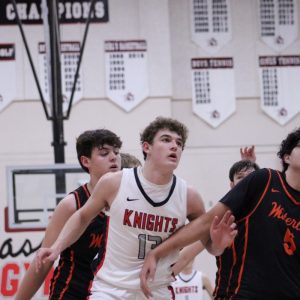