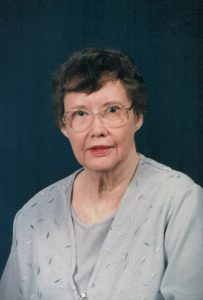 She was born on Saturday, November 30, 1935, in Murray, KY, the daughter of  Hassel and Estelle (nee Ferguson) Brown.

She was a member of Highland Southern  Baptist Church, Highland, IL, Life-time member of N.E.A. and I.N.A.; and the Retired Illinois Teacher Assoc..

Born near Murray, Kentucky.  A 1954 graduate of New Concord High School.  Received her Bachelor’s Degree in Education in 1959 and her Master’s Degree in 1969 at Murray State University.  She taught elementary grades in a suburb of Detroit, Michigan, for four years; also taught in  Paducah, Kentucky for four years.  Moved to Illinois in 1967.  She taught second grade at Troy, Triad School District until 1992, when she retired because of health conditions. She moved to Troy in 1969, when she got married.  She was a member of Bethel Baptist Church. In 1996 she moved to  Highland. She joined the Southern Baptist Church in 2002.    She was a life time member of the N.E.A. and I.N.A., educational association, and the Retired Illinois Teachers Association.

She was preceded in death by:

Private Interment will be at Friedens UCC Cemetery in Troy.

Memorial contributions may be made to Highland Southern Baptist Church.