The Metro East Recreational Baseball League reached its midpoint of the shortened season this past week, and played a slew of nine games this past Saturday. All nine of these games were played at Moody Park in Fairview Heights. One of those games featured last year’s league champions, the Sidewinder’s(C4A), facing off against the Ace’s(C10).

As the home team, the Aces took the field first. They managed to cause a short 1-2-3 inning with a strikeout and a pair of outs in the field. This set the tone early for what became a hard fought game.

The Aces wasted no time getting their offense rolling in the bottom of the first inning. Their leadoff batter drew a walk and then stole second base. Due to heads up baserunning, he took third on a passed ball and took home in the same fashion. Showing some signs of being rattled by trailing 1-0 so early, the Sidewinder’s pitcher hit the next batter with a pitch. He settled in afterwards though and tallied a pair of strikeouts, plus a pop fly out to escape the inning.

The Sidewinders came out swinging in the top of the second. They started off with a pair of leadoff singles, and then pulled off a double steal to put runners on second a third. The next batter struck out, but then the offense scored a run due to a groundout. A subsequent strikeout saw the top of the second end at a 1-1 tie.

A leadoff single looked like a promising start to the bottom portion of the second inning for the Aces. The second batter advanced a runner to second with a groundout, giving the offense a runner in scoring position. But the Sidewinders came back strong with a pair of strikeouts to end the scoring threat.

The top of the third was another short period. The first two batters were struck out by the Aces. The third batter attempted to bunt his way on, but did not beat the throw to first.

The Ace’s first at bats in the third inning resulted in a groundout and a single. However, they managed to capitalize on an overthrown ball to first base and their runner advanced to third with only one out. Feeling the pressure, the Sidewinder’s stepped up on defense and managed to get the next two batters out to escape with the 1-1- tie still intact.

The fourth inning saw both offenses finally come to life. The Sidewinders broke the long held tie with a leadoff single followed by a double to go up 2-1. Another single put a second runner on pass, but no scores were made. Then a double managed to drive in two runners for a 4-1 lead, which was the final scoring for the top of the fourth.

A single and a HBP gave the Ace’s a strong start to the bottom of the fourth. But the next two batter’s both became outs, leaving the offense in a critical spot. A trio of clutch doubles followed, and gave the Ace’s a 5-4 lead just before their third out.

The top of the fifth proved to be disastrous for the Ace’s as they brought in a new pitcher. A slew of walks, errors, and HBPs saw the lead quickly disappear as the Sidewinder’s went up 7-5 with no outs. However, a huge double play was turned next to earn the first two outs of the inning. The scoring didn’t stop there though, as a pair of doubles made the score 10-5.

The Ace’s did their best to rally in the bottom of the fifth inning. They started off with a single and then their runner advanced to second on a passed ball. But ultimately, their attempt fell short and the game ended with a final score of 10-5, in the Sidewinder’s favor.

Schedules for more upcoming MERBL games can be found by going to merbl.org and clicking on the “MERBL High School Division” tab 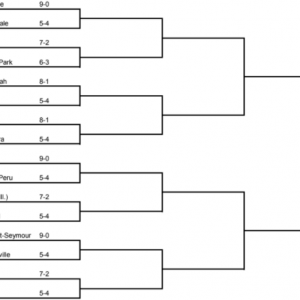 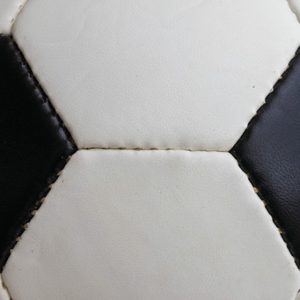