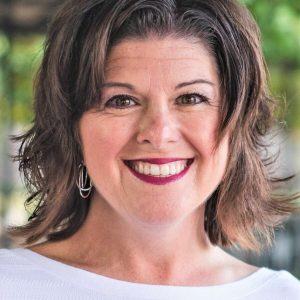 Stacey Pace of Troy, at a “reorganizational” meeting of the Madison County Board held earlier this month and marked by multiple recesses, gaps of silence on audio recordings accessible to the public on its web site, input from State’s Attorney Tom Haine and questions concerning the procedural logistics involved, was elected to serve as its vice chairperson pro tem.

That meeting, which began with the formal seating of new board members who were elected to the board in early November, included the new county clerk, Linda Andreas, administering the oath office to those individuals who pledged to uphold the federal and state constitution along with agreeing to “faithfully discharge the duties of the office of member of the county board to the best of my ability.”

At that Dec. 5 meeting, County Board Chairman Kurt Prenzler discussed his plans to circulate a petition calling for a special meeting “for the express purpose of repealing” legislation passed in July that “put in, in fact, this new system.”

Soon thereafter that announcement about the proposed special meeting, when Prenzler called for a motion to adjourn on December 5, he was questioned as to the need for establishing board committees which was also on that evening’s agenda and had not yet occurred, particularly in view of the fact that there had been some pending zoning board of appeals recommendations which needed to be addressed by one of those committees.

Prenzler answered that this concern about the committee appointments was “a compelling argument” but then Haine mentioned only the pro tem chairman, of which there was none at that moment, could nominate board members for committee assignments, according to the regulations currently in place.

At a “loggerheads” juncture where no further action could legally take place based on such input, the board recessed with Haine cautioning the members that the Illinois Open Meetings Act specifies the discussion of items such as those at hand could only occur outside of the public meeting setting if less than six elected officials were involved, meaning they could do this but in groups of five or less together at one time.

The original five-minute recess that took place at this point was extended by another three minutes at the request of board member Michael “Mick” Madison of Bethalto then again for another two minutes as suggested by Chris Guy of Maryville.

When the board reconvened and confirmed Madison as chairperson pro tem and Pace as vice chairperson pro tem, applause resulted then the committee assignments were approved along with the schedule of county board meetings for 2023.