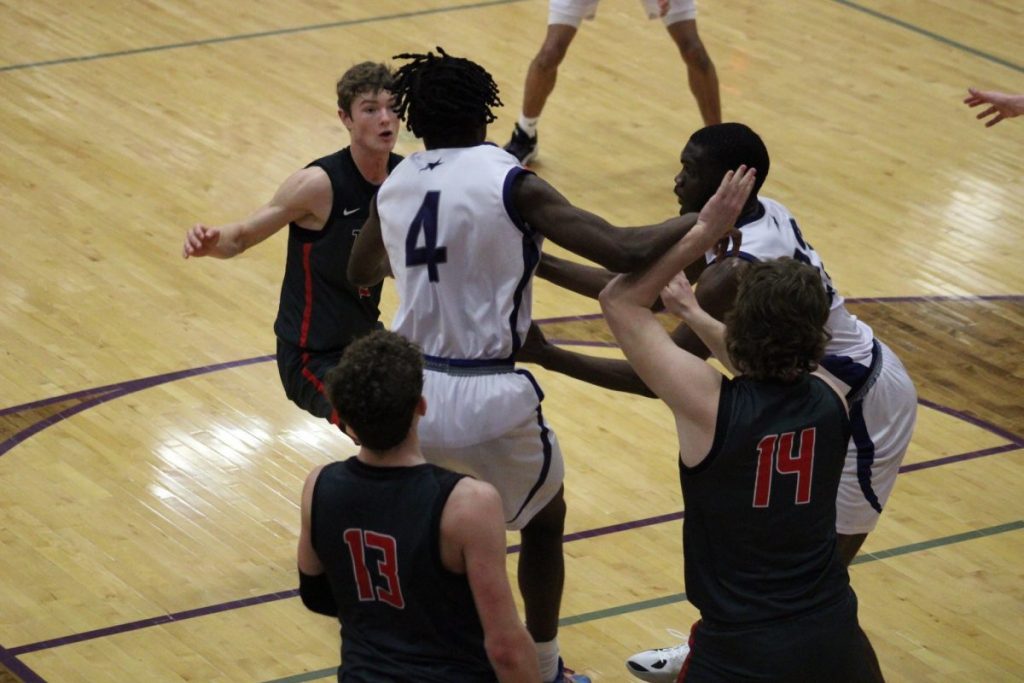 In their first games of 2023, Triad boys basketball delivered their strongest defensive outings of the season.

The first of those winning efforts came on Jan. 6, when the Knights visited the Jersey Panthers. Their hosts entered with a 10-6 record, but more importantly held a 3-1 mark in Mississippi Valley play that was tied with Triad and Mascoutah for the league’s best.

A 6-0 run, featuring two buckets from McGrady Noyes, was the start of a dominating first quarter for the Knights. Jersey finished the first frame with just five points and Triad tallied 12 more for an 18-5 advantage.

The Panthers continued to look for answers to the Knight’s defense, but would not score again until 2:41 remained in that half. A balanced offensive attack from the visitors scored 11 points over that stretch for a 29-7 lead. An Aydin Hitt three pushed their advantage to 32-7 before half.

A 9-7 outsourcing of Triad in the third quarter helped Jersey close the gap, but they were faced with a near insurmountable 39-16 deficit going into the fourth. The final eight minutes saw Triad extend their dominance into a 53-23 final.

A Mascoutah win over Civic Memorial that same evening kept the Knights and Indians tied for the conference lead with 4-1 records. The two will face off in Mascoutah on Feb. 10, when the hosts will look to avenge an earlier season 47-33 loss.

Triad’s second contest of 2023 came on Jan. 7 in a home game against the Alton Redbirds. The team red-uniformed squad played just 10 days prior at the Collinsville Holiday Classic, with the Knights translating a 27-23 halftime lead into a 58-48 victory.

A slow start at the Rich Mason Gymnasium saw the home side trail 8-7 after one frame of play.

This hole grew to 10-7 at the start of the second quarter but a 10-0 run, fueled by five points from Hitt, gave the Knights a lead they would not relinquish. Alton squawked back with the final five points of the half, clawing Triad’s lead down to 17-15.

The story of the second half was the home team’s defense, who surrendered a single field goal in the final 16 minutes of action. That lone bucket came after the Rebirds fell behind 28-15 from an 11-0 run, cutting their deficit to ten points.

Fourteen of the game’s final sixteen points went to the Mississippi Valley leading unit, delivering a 42-20 victory. The Redbird’s lone points of the fourth quarter came from the charity stripe.

Noyes nearly outscored the opposition in the non-conference tiff after tallying 19 points. Stewart finished with a dozen points for his second game in a row, while securing four rebounds and steals.

Triad now takes their 12-5 record on a road stretch that will feature trips to Freeburg, Waterloo, Litchfield and Ladue before they return home on Jan. 27. Their return to Troy will be a league battle with the Civic Memorial Eagles.