The love of my life, Nathan Allyn Youngman, was born May 16th, 1987 in Atwater, CA and left this li 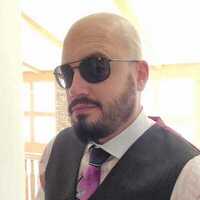 fe December 28th, 2022 in Edwardsville, IL. Nathan wasn’t like others, he stood out from the crowd. He excelled at anything he tried. From turning wrenches at 18 months to being featured in Nintendo magazine at a young age. Nathan just excelled. He continued to excel throughout his life as an honor student and athlete in high school to an outstanding Marine that went above and beyond to complete his duties. He was always looking out for the best interest of his fellow and junior Marines. As a result of his hard work and determination, he earned many awards and medals during his time in the Marine Corps.

After the Marines Nathan found his next challenge in the world of contracting in Kuwait. Nathan shined in Kuwait. He rose through the ranks quickly. All the while making his people his top priority ensuring their lives and the lives of their families had a high standard of living in the strange world of the Middle East. He believed that if you took care of your people they would take care of you and the mission at hand.

As a big brother Nathan was a friend, confidant, and mentor to his younger siblings.

As a husband and father Nathan gave us stability, adventure, cultural experiences, and once-in-a-lifetime memories that will never be forgotten by our son and myself.

He showed us the world.

Nathan was a provider.

He ‘Youngmaned’ this life for us.

Nathan was a force reckoned with. He could solve any problem he faced except when it came to fighting his own demons. He will always be remembered as someone who was very giving with a kind and gentle spirit. To Valhalla or the Breadline.

Memorials may be made to his Son Bradley Youngman.  Online expressions of sympathy may be made at www.Richesonfh.com. A celebration of Nathan’s life will be held on January 28, 2023, at the American Legion Post in Troy, IL