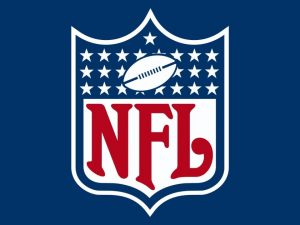 Over the past week, several football players began their National Football League careers by either being taken in the NFL Draft or signed shortly after. Several athletes with local ties were among those who finally saw their dreams come true.

The highest touted of all of the local prospects was defensive end A.J. Epenesa. The Edwardsville high school graduate was taken 54 overall by the Buffalo Bills. Although it was the second round, he was the Bill’s first selection of the draft. Almost all draft analysts projected the former Iowa University standout to be a first round selection, but his slightly disappointing performance at the NFL combine and subsequent cancellations of other pre-draft events seems to be the cause of his drop.

Epenesa will start his career off playing with a strong defensive unit. The Bills will also be strong playoff contenders after having made the playoffs last year and for the first time in over a decade, will not have Tom Brady as a divisional opponent.

During his high school career, he starred in basketball and track and field as well. Over his basketball career, he scored 1,000 career points. He also broke the state record in the discus throw as a senior.

Epenesa has excelled at the college level with the Iowa Hawkeyes for the past three years. He did not start as a true freshman, but played a decent amount and tallied four and a half sacks. That year he had 15 tackles as well.

The next season, Epenesa started to stand out by leading the team in tackles for loss and sacks. He also earned several All-Big Ten team honors for his performance on the season. Against Illinois that year, he blocked a punt and scored the one touchdown of his college career.

Another high draft selection was Jeremy Chinn. Chinn was a consensus All-American at the safety position for Southern Illinois University. His name was the last called in the second round of the draft.

He will be joining the Carolina Panthers, who traded a third and fifth round selection to move up to get him. Possibly as a result of the recent quarantines, only six FCS players were taken in this year’s NFL Draft. However, Chinn was the first of those six taken.

Chinn was relatively unknown until he made a name for himself his senior year. The main catalyst for this was his strong performance in this year’s Senior Bowl game for top college players. Coming out of high school, Chinn was listed as a zero-star recruit and had zero fbs offers. He is also the nephew of NFL Hall of Famer Steve Atwater.

The Panthers should be a good fit for Chinn. The team has a new head coach in Matt Rhule, formerly of Baylor University. He will also be joined by many rookies on the defensive side of the ball, as the Panthers became the first team ever to only draft defensive players for a complete NFL draft.

Several locally produced prospects did not hear their name during the draft, but did sign afterwards as free agents. Two of these players, Matt Cole of McKendree and Nick Kaltmayer of Edwardsville, signed with the Miami Dolphins. They will join former Belleville East graduate Chase Allen in Miami. Allen was a serious contributor for the team last season until he had a season ending injury.

Cole is a graduate from McKendree University that attended Curie High School in Chicago. He recently had a rise in his draft stock due to a strong Pro Day workout at Northwestern. Highlights from it include a 4.48 40 yard dash and a 37 ½ inch vertical jump.

While at McKendree, Cole was a versatile talent. He starred as a wide receiver and on both sides of the ball for special teams. This past year, he was named the Great Lakes Valley Conference Special Teams Player of the Year. He returned two kick returns this season to lead the conference and has four total for his college career.

This past season, Cole became the Bearcats’ single-season leader in touchdown receptions. Cole also is skilled at defending kick returns. He tallied 18 total tackles this year, which is one of the major skills he brings to the table.

Cole was projected by some draft analysts to be a late round selection, but that did not pan out. His special team’s prowess gives him a much higher team to make the team’s 53 man roster during the season.

Kaltmayer played last season for the Kansas State Wildcats as an offensive tackle. Earlier in his college career, he transferred from Western Illinois. The Dolphins were in contact with him shortly after the last pick was announced, and Kaltmayer ultimately chose them over other team contract offers.

Although the Dolphins did not make the NFL playoffs last year, the team has lots of positives heading into this season. The team had a strong draft class overall, including Tua Tagovailoa, a top rated quarterback prospect. Miami’s division also seems up for grabs for the first time in a while since Tom Brady has finally left the New England Patriots.

Tucker McCann was another local high school graduate signed this past week. The Belleville East graduate has been signed to compete with the Tennessee Titans. He will join another former Belleville East attendee there in Adoree Jackson. Jackson was the 17 overall selection in the 2017 NFL Draft and has been a starter for the team since arriving.

McCann spent his college career both kicking and punting for the Mizzou Tigers. Tennessee is arguably the best possible landing place for him since the team was dead last in the league last year in field goal percentage. He will compete with Greg Joseph for the Titan’s starting job.

Tennessee is currently a strong and rising franchise. The Titans advanced to the AFC Championship game last year after entering the playoffs as a 9-7 six seed. Early in that game, the team built a 10-0 lead but they ultimately lost to the eventual Super Bowl Champion Kansas City Chiefs.

A pair of former East Saint Louis Flyers also entered the draft this year. One of them was Tre’Vour Wallace-Simms. Wallace-Simms has been a solid presence for the Mizzou Tigers since he became a starter in 2017. The offensive guard was expected by several draft analysts to be taken in a late round, but his name was never called. The Jacksonville Jaguars signed him as a free agent following the conclusion of the draft.

The other East Saint Louis graduate who hoped to be drafted was Jeff Thomas. Thomas was ranked 40 in the nation for football recruits by 247sports when he graduated high school and he was a focal point in the Sports Illustrated documentary 89 Blocks, that followed his high school team win the state championship in 2016. He committed to play for the University of Miami and has shown flashes of greatness, but has not had lots of production. He was signed by the New England Patriots, which many people consider a good landing place considering his troubled past.