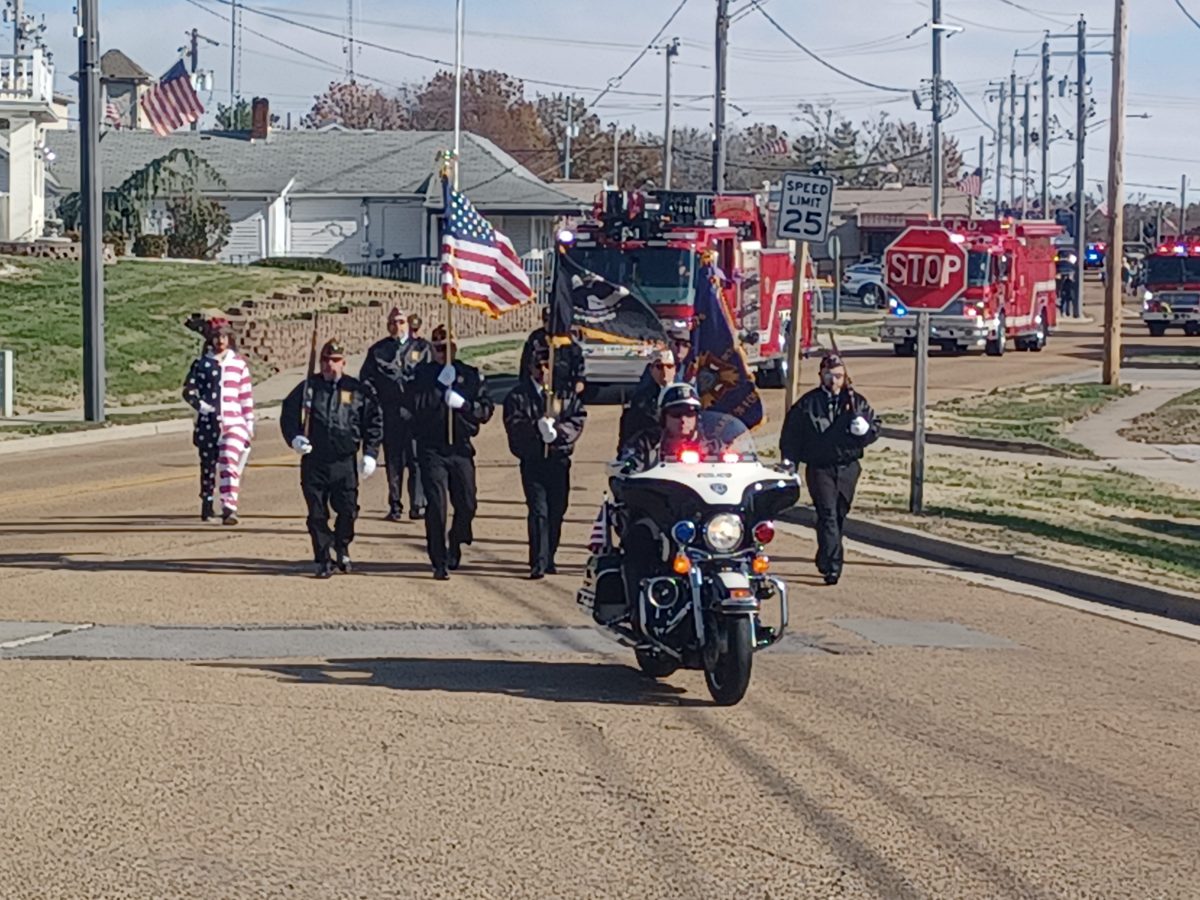 VFW Post 976 and a host of participants honored our nation’s veterans this past Sunday in Troy.

The parade was staged in front of the Municipal Building as a Troy motorcycle patrolman led the parade down Market Street. The rest of the route took parade walkers up Wickliffe Street straight into Tri-Township Park in front of the military memorial. Kids passed out candy to veterans that lined the streets to watch the parade.

Post 976 Commander, Anthony Avers, spoke on the responsibility of caring for our veterans and their families. He also asked those in attendance to reflect on the liberties and freedoms afforded to us by the sacrifice of our veterans.

“Veterans Day is a day for every American citizen, no matter what race, religion, or political affiliation you might have to contemplate the price of our liberty,” Avers said. “As they serve to protect us all, we have an equal responsibility to care for them and their families.”

“It is our obligation to do so. To do anything less would diminish and cheapen the service and sacrifice of millions of patriots, who have selfishly served this country,” he said.

Avers asked that the crowd show a renewed sense of purpose starting today. A resolution to ensure that veterans get the benefits and recognition they have earned and deserve.

At the end of the ceremony, veterans stood at attention and saluted the flag as taps played in the background. After the parade refreshments and drinks were served at Post 976 headquarters on West Market Street.